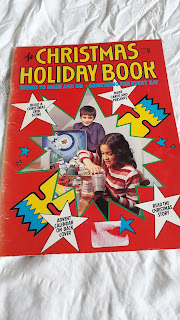 Halloween hadn't got off to the best start for me. During the night I knocked my glasses off my bedside table and one of the arms fell off.
The school run was both hilarious and frustrating. The children and Tom teased me something terrible of course. "Did you see that mum? Ha ha!. "Quick look! There's an elephant over there!"
My hero of the day is the nice man in Vision Express who not only fixed them for free but also gave them a really thorough clean in his fancy machine.
While he was sorting them out we took a little wander into a few charity shops and such. 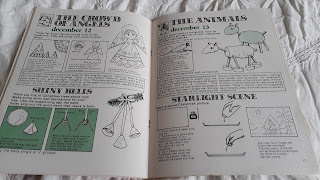 I spent 50p on the most amazing Christmas book! Each day of advent has a little piece of a nativity scene to make out of household odds and ends as well as a homemade gift idea or craft to make.
I'm looking forward to trying it out with the children. 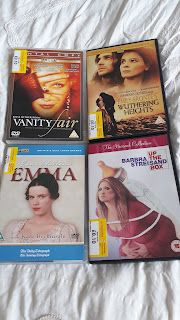 I also found some 10p DVDs I fancied the look of in Cash Converters. At 10p each I don't mind passing them on after I've watched them to friends and family.
Usually I  don't buy any films as there's more than I could ever watch on Sky and Netflix ect but hey, the price was right so why not.

Posted by Fishcake_random at 09:23