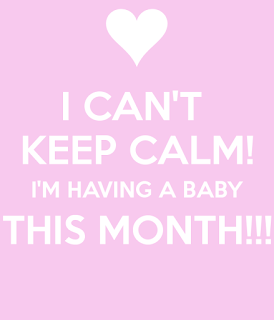 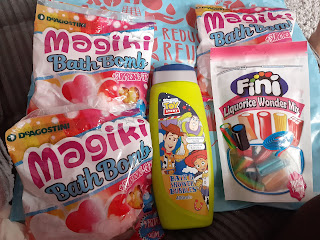 I was feeling utterly trapped this morning. So while everyone was entertained I sneaked out to Home Bargains for a mooch.
Home Bargains can be quite a dangerous place for aimless mooching, slightly more dangerous than the pound shop thanks to its often clearance prices.
Today's find though were very reasonable. 3 bath bombs for 59p each, a toy story bubble bath for 49p and some delicious liquorice sweeties for 89p. 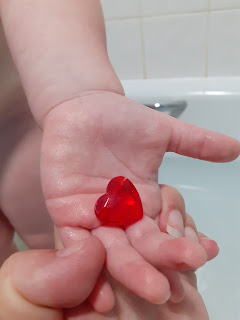 The bath bombs have gone down well with the girls. A quick research online discovered they were originally £4.99! Which is daylight robbery for a cheap bath bomb containing a plastic heart bead. 59p though seems quite reasonable. I'm going to keep my eyes peeled for anymore in stock and tuck them away for Christmas stockings. There's several little ladies in the family that I think would enjoy them.
X x X
Posted by Fishcake_random at 09:51 2 comments: 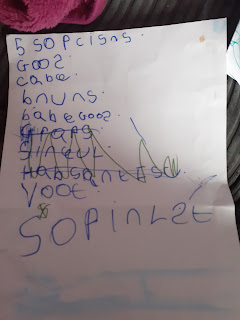 Hubby dropped Gman off to my parents on his way to this morning. They have kindly agreed to cover school runs where possible.
I needed to pop to the shop for some essentials with the girls, so we went early to avoid the crowds.
DD2 helpfully made us a shopping list to follow.
How many can you decipher? 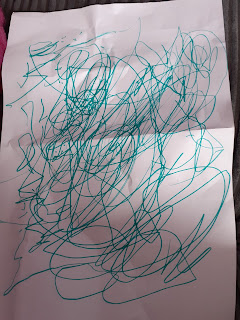 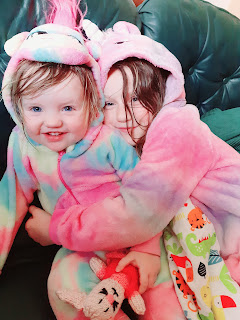 DD2 has struggled today. I'm not sure if it's Hubby returning to work or just a funny day. There's been several toilet accidents after weeks of no troubles at all so something's definitely up. 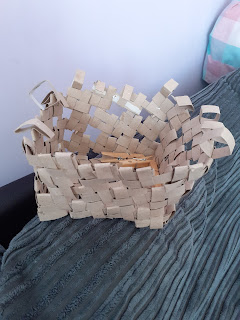 I've tried to give her lots of chances of interaction without pestering her. DD2 can happily be a lone wolf when she wants to, so I've just been mostly hanging around nearby so she can have as much or as little interaction as she chooses. We spent the afternoon making this rather cool toilet roll basket by following  youtube and instructables. You cut the rolls into thin circles and weave them together, its all rather clever. 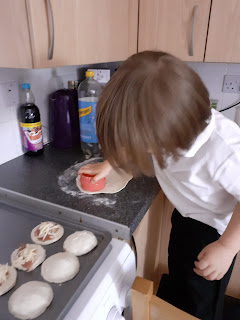 Gman arrived home safely from school and helped make dinner. We made bacon and cheese puffs together. 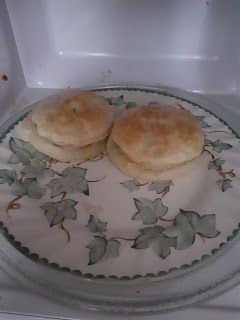 Making sure to save a couple for Daddies supper when he comes home this evening.
Definitely a better day.
X x X
Posted by Fishcake_random at 10:19 2 comments: 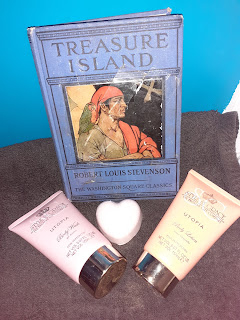 It's been one of those days folks.
A bunk bed that was supposed to be delivered today, didn't arrive.
One of the children, apparently the mysterious invisible 5th one I've never met sneaked a boxed of cereal to my bedroom and had a feast on my bed!
There have been so many fights over Shopkins I'm very tempted to collect them all up and bin them.
I cooked a meal that no one really liked and ended up using most of the bread supplies switching it for beans on toast.
I dropped a bottle of fabric softner and the lid flew off, spilling softner everywhere!
Hubby has had a frustrating day a work.
Ive had heartburn all day from drinking water which is just ridiculous.
Gman managed to brush his teeth AND get toothpaste in his hair so needed a shower and hair wash just before bedtime.
Its enough to drive you loopy isn't it?
I'm busting out some stashed bath treats from Mothers Day and wallowing in the bath this evening with my book. Goodness help anyone who tries to interrupt. I think i may eat them!
X x X
Posted by Fishcake_random at 10:01 No comments: 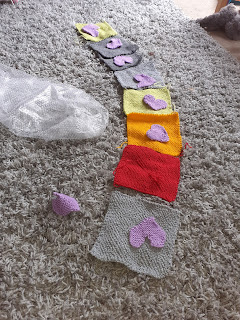 DH went back to work today. I wasn't to worried for him as he has two days of setting up his store and training his staff before facing the dreaded public. The two woman he was working with today are both mums themselves so have been mostly living the same way we have all this time, so I'd like to think they were all at equal risk levels in the shop today.
Rather than sit at home fretting, which while I'm very good at it is utterly useless, I remembered the sensai like advice of Ilona from Life after Money.
She recommends switching off the social media and news reports and burying yourself in more creative pursuits.
I found a mysterious bag of knitted squares and hearts in the craft cupboard and pulled them out for some easy entertainment. 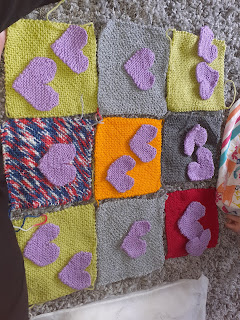 My first thought was a cushion cover. I had a cushion pad that was slightly smaller than the 9 blocks and I thought it would make a cheerful design for Baby W's bed. 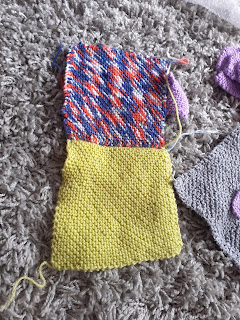 Alas, when I started sewing the squares together poor Baby W took great offence! I was well an truly told off in toddlerspeak and she scooped them all up to hide with under the dining table. For most of the afternoon she sat under there happily stacking and unstacking them all and making little arrangements of her own.
I didn't get them back till bedtime! 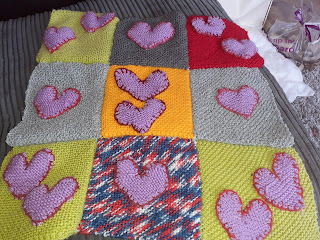 By the morning I had the squares all sewn together and by lunch time all the hearts were attached with some blanket stitches.
Baby W eventually gave her approval but only after a good tug to see if they'd come apart again 😂.
Most of the afternoon the cushion cover went missing as Baby W decided it was a lovely little blanket and sat on it and under it wherever she went. 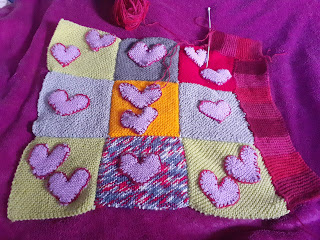 So now it's bedtime again and I'm adding a 20 stitch garter boarder around the edges to turn it into a more toddler sized blanket. I'm not sure how far around I'll get before it goes off on adventures tomorrow but hopefully at least halfway will be achievable.
I just wonder what it's going to end up being by tomorrow night! 🤔
X x X
Posted by Fishcake_random at 13:04 1 comment: 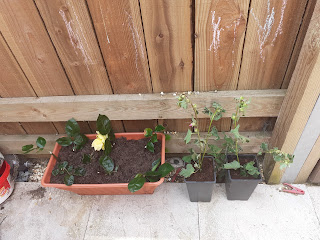 We've been back to Hubby's Grandfather's house, this time to take some plant cuttings from the garden before the house changes hands. I've taken several cuttings from different roses to try and propagate. Some are in soil, some water and some potatoes. I'm also experimenting with some Clematis cuttings. 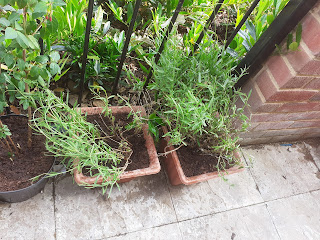 I've split off two good sized chunks of English lavender with good sized roots. I've never had much luck with Lavender so I'm crossing my fingers for these guys. 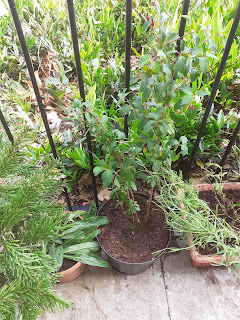 I also collected some Fuchsia which is one of my favourite flowers. 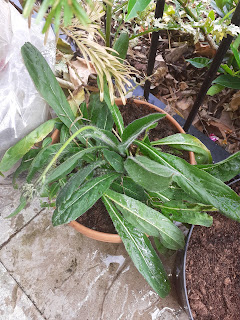 And finally a clump of Old English Marigold.
I was very fortunate that i was able to get everything home and potted up before an afternoon rainstorm. Hopefully a good watering of rain will be just the boost and encouragement they need to settle nicely.
Wish me luck.
X x X
Posted by Fishcake_random at 13:24 2 comments: 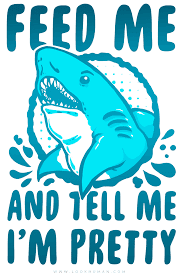 I'm getting very fed up with anything and everything at the moment. The news, social media, my own family and today I even cussed at a packet of microwave popcorn that dared to fall out of my kitchen cupboard on me. I'd of made a sailor blush 🙊. 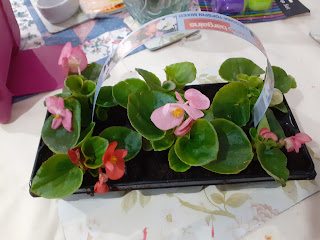 Hubby suggested I take a little waddle over to Home Bargains for some fresh air. I was pleased to see they had some plants in stock for the first time in a while. These Begonias were only £1.29 so I treated myself. 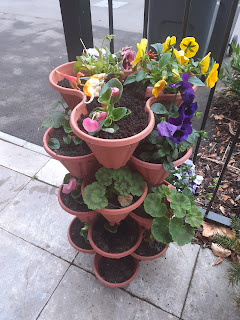 I've used them to fill the gaps in the dinosaur safari tower. I'd lost a few pansy and a single geranium in the hot weather. There was a single Begonia left so I've popped into a terracotta pot for my bedroom window. 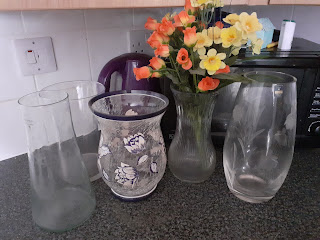 Over the past few days my husband has been helping to clear his late grandfathers house. He's been very well behaved considering his hoarding tendencies and double checking if I'd like things before arriving home with lots of bits. We've inherited some bits of garden furniture and useful things like planters and hanging baskets.
He also grabbed some flower vases for me to look through. I've kept 3 of the 5 and offered the remaining two on a local freebie facebook page. 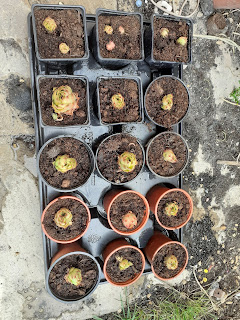 We've also inherited a few plants and shrubs. One of which was a large planter of House Leeks. I've split them into single heads and replanted the extra ones to offer tk friends and family. They are one of those lovely succulents that rapidly spread to fill whatever container they are in so there is more than enough to go around. 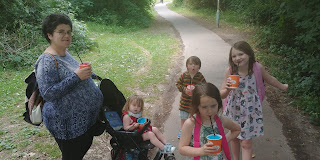 We've been trying to get the children out regularly for exercise though it's mostly me slowing everyone down now. I've got just enough waddle power to get us to the local newsagent for a ice cold slushie 😋 Baby bump is dropping now though so those days could be over shortly as things get more uncomfortable. I'm 34weeks and change so hopefully the end is in sight.
X x X
Posted by Fishcake_random at 10:39 1 comment: 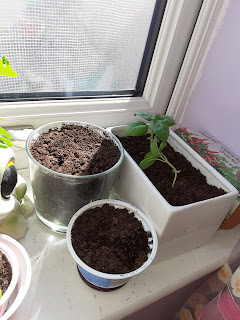 I potted up 2 Basil plants for my windowsill. The two tubs contain Parsley seeds. I also started a tub of rainbow chard, radish and beetroot. 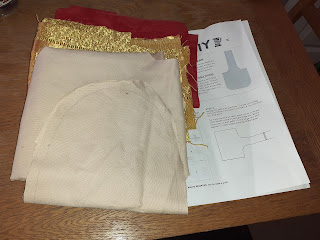 I seam ripped 2 old curtains from a bag of mixed fabrics I was gifted. Then my dad kindly printed me out a free pattern I found on Pinterest. I've cut out all the pieces for one bag to sew up this afternoon. I'm hoping if all goes well to make several and use them for Christmas gifts. 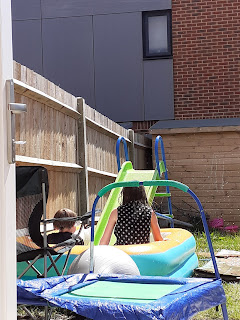 The children spent most of the day hopping in and out of the paddling pool. The sun was pretty fierce so we switched swim suits for cotton dresses to cover more skin. 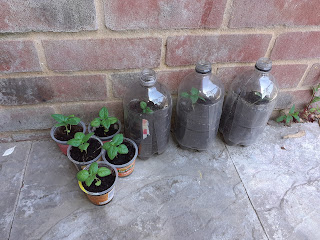 Ì also potted up about 20 basil plants over the course of the day and gifted them to friends, neighbours and the members of a plant exchange page on Facebook. I asked for yoghurt pots in return so i can continue to grow and gift plants for the future. Most people have been happy to leave a little bag of containers.
X x X
Posted by Fishcake_random at 03:10 2 comments: