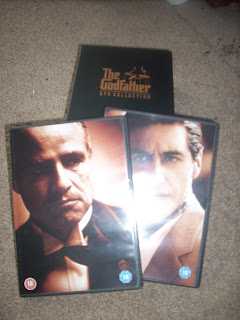 Poor DD is feeling under the weather, I can't quite tell what is up with her but she isn't right. Last night she slept from 6 till 11pm and then moaned, grumbled and generally wanted cuddles and comfort until 2am! I am shattered but I used my time wisely by watching The Godfather Part 1 (Film 2 of 250) and whipping up some crochet headbands I've been meaning to make for a while.
Today I've spent the morning pottering around the house and trying to a very tired DD from having tantrums. I've also squeezed in The Godfather part 2 (3/250).  I couldn't believe it when I realised it's on two discs! And to be fair it is pretty epic but I definitely didn't feel it was anywhere near the first film. And looking at some of other films on the list, there are films I would rate higher but never mind. This is an adventure and it can't all be wondrous can it!

While having my lunch I popped in a search for The Godfather craft, just to see what people had been inspired to create from the film. I found these.... a cuddly horses head pillow for snugging. But at $45 plus postage it isn't cheap so naturally I looked for a frugal versions.

A few clicks later I found a hand knitted version of the above pillow. I actually like this one a bit better lol. Perhaps I should add it to my list of things to do? 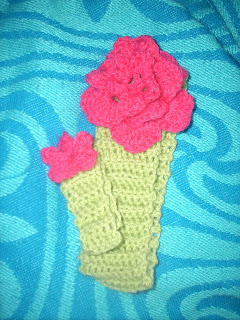 And finally here are one of the headbands and matching bracelet I made last night. I ended up making one set for DD and a headband for Baby D. I used the free wool from a learn to knit magazine I picked up the other day. 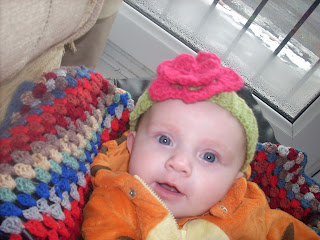 Posted by Fishcake_random at 05:16