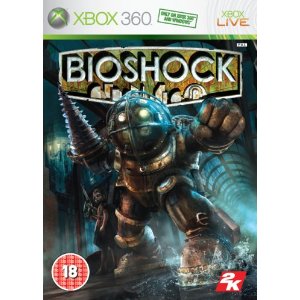 I definitely have the flu. OH has banned me from leaving the house as I look so awful this morning but I still think I look worse than I feel. My entertainment has been washing clothes, watching movies with DD and when I'm allowed playing Bioshock again on 360.
The latest instalment of the game is released in March and I'm already getting excited. I will be a wreck by the time it's released. lol
I picked up some soup cheap yesterday in Waitrose on the way home so that might help my sore throat. I still sound like a drag queen, which is not something I'm best pleased about.
x x x

Posted by Fishcake_random at 04:00