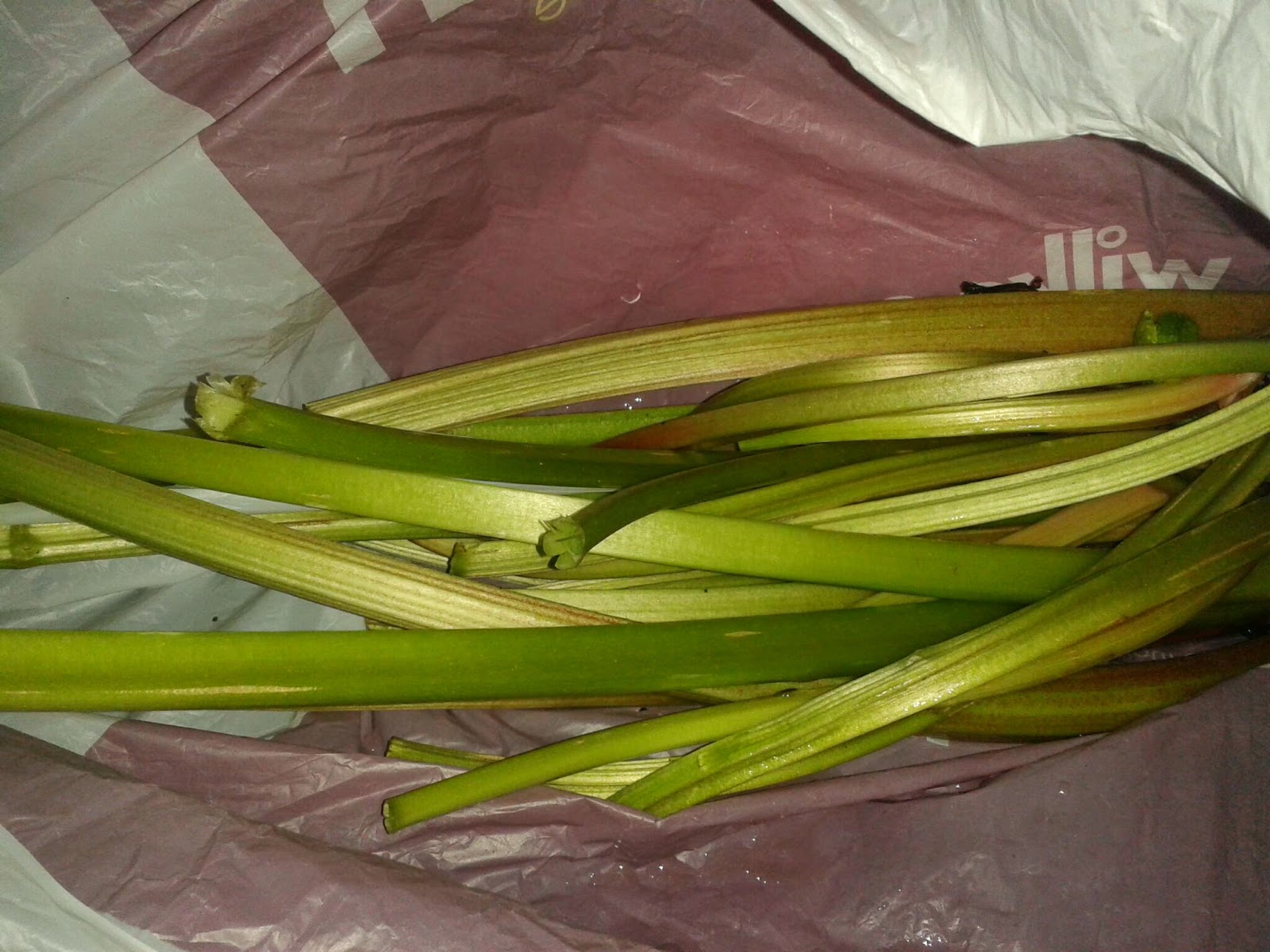 On Friday I spotted someone offering handfuls of Rhubarb on Freegle. Some of you may remember last year when I received some and made a batch of Rhubarb champagne. It was the same person offering again so he recognized me and asked what I was planning to make this year. He also offered to keep my email to one side and contact me each time he's planning to cut some more. He just wants it to go to someone who will use it. 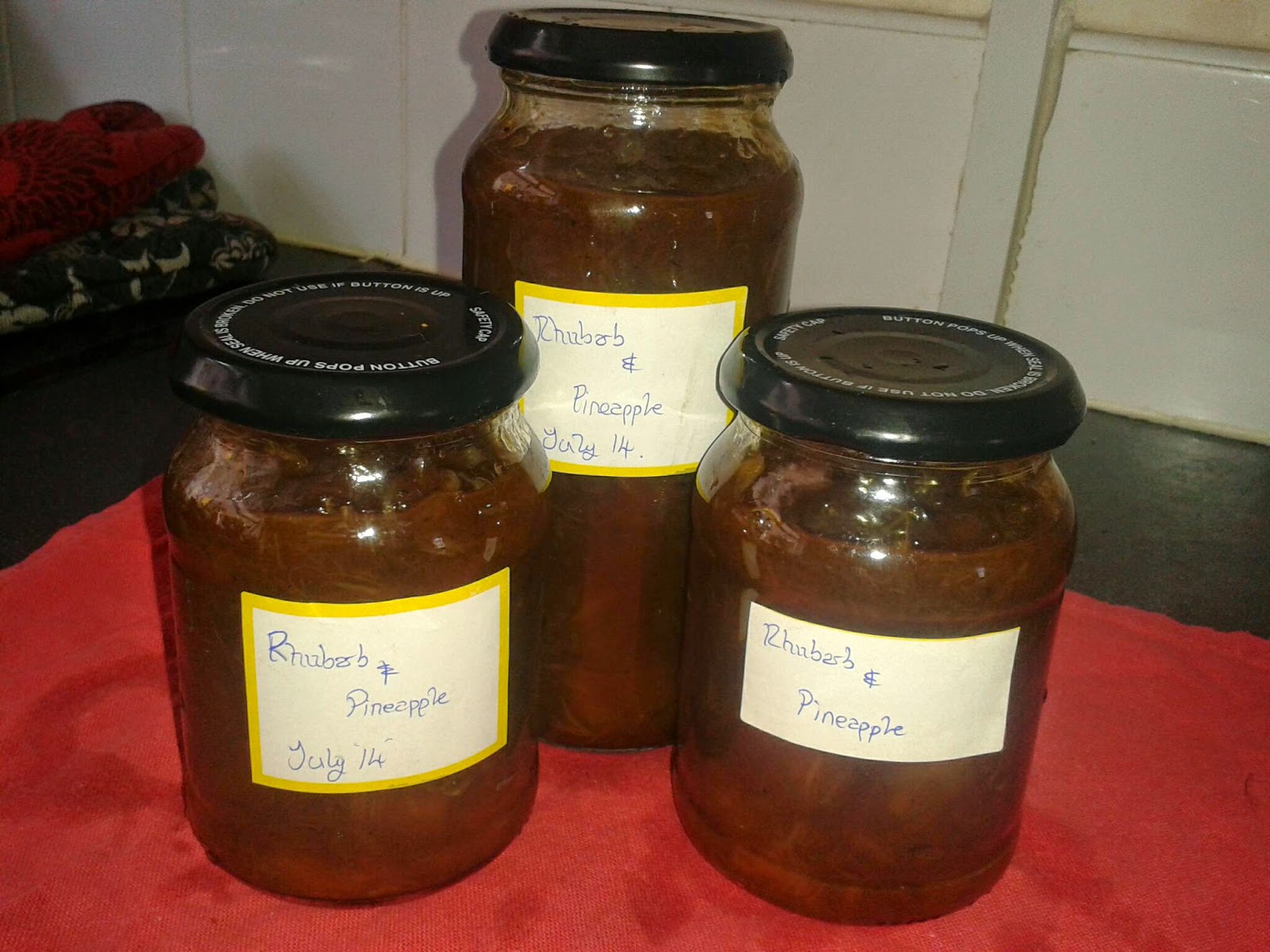 This years batch was turned into Rhubarb and Pineapple jam on Saturday. It was a new recipe from the preserves book I received from New Zealand, and it's definitely a winning combination! One of my jars didn't seal after processing but the other two are packed away in the preserves cupboard for eating later on. 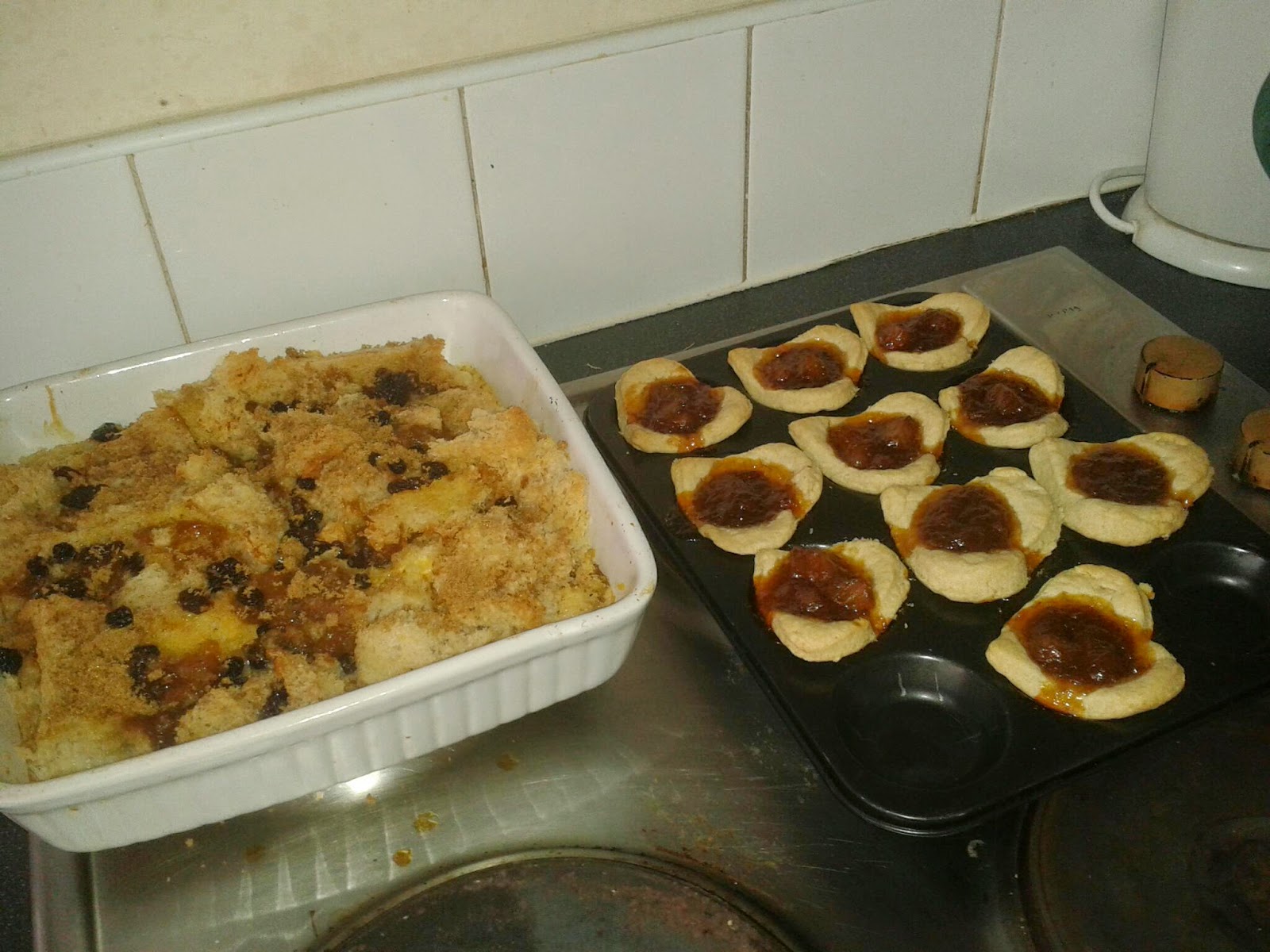 I used up the unsealed jar today by making a monster sized bread and butter pudding to last the week, and two dozen heart shaped jam tarts.
The tarts will be popped into lunch boxes throughout the week and nibbled on for snack time treats. That's if I can hide them from a hungry hubby, he's been breaking apart some pallets for me in the garden and it's given him a huge appetite!