It's been a hard week. 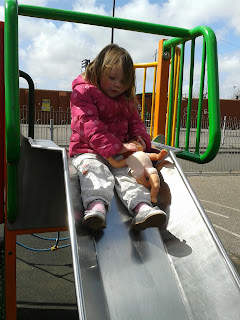 We have all had a nasty stomach bug at TFHMH. It's been a long week with each of us being ill and recovering in one long gross conga line. I had it first so by the time OH caught it after the kiddies I was recovered enough to hold the fort so it wasn't the disaster it could have been. Either way it's been hectic and tiring and very very disgusting all round.
Yesterday I managed to get out with DD for the first time since Saturday! We took advantage to the sunshine by playing the park for half an hour while getting some much needed supplies in. DD and Dolly both enjoyed the fresh air and DD isn't looking nearly as grey already. 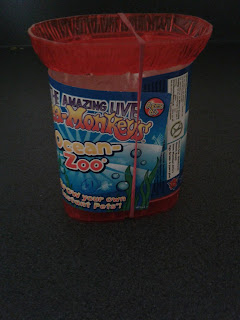 We also treated ourselves to a quick mooch in our favorite charity shop and picked up a sea-monkey set. I've seen some adverts lately for Sea-Dragons which is the new look/name of  sea monkeys. I have no idea why it's changed but I suspect there is some logical reason behind it. 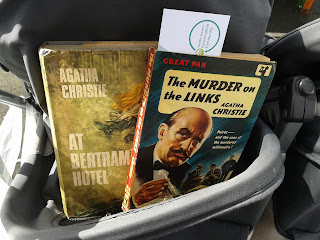 I also found a couple of Agatha Christie books in the free bookshop. When we go on holiday soon we are hoping to visit her home in Torquay. I'm going to save these two books to read on the beach and in the sunshine.

I will be drawing a winner for my giveaway later today, and I apologies for the delay in picking a winner. The joys of being poorly eh?

Posted by Fishcake_random at 01:54