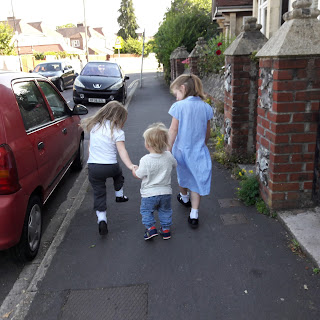 DD1 had a taster morning at her junior school today. It seems to have gone well, she found some friends in the playground from our twirling team, which really helped. Nothing is cooler than having friends in older year groups she tells me, bless her. 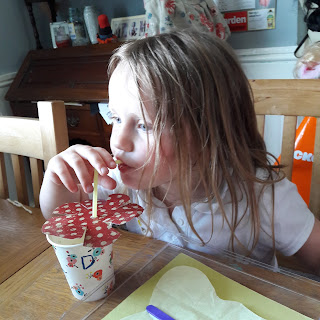 Today's after school activities were butterfly related (of course!). We talked about how butterflies eat with their proboscis. I made simple card flowers with a hole in the centre and the girls went from flower to flower using their straw proboscis to sip the nectar. 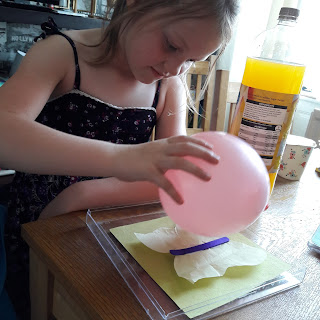 We also tried a simple static electricity experiment. Rubbing a balloon on a towel we created enough static charge to make the tissue paper butterfly flap it's wings. I then explained how it worked (mostly to DD1, DD2 declared it magic and wandered off) 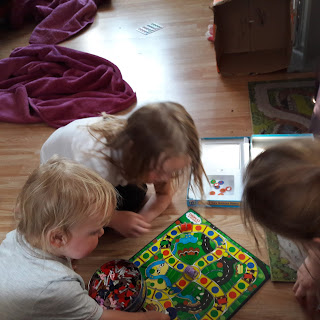 We also played with Gmans new board game. I'd picked it up as it was Thomas the tank themed and he liked the little train shaped counters. It had most of the little cardboard counters missing and no instructions but that didn't bother the three of them at all.
In fact all three of them are playing completely different games in this photo, and just sharing the space nicely.
Luckily I've discovered pennies are the perfect size and weight to replace the missing counters and found the instructions online so tomorrow we can sit down and play it correctly. That's if I'm allowed to join in lol, they might prefer to do it their way instead.