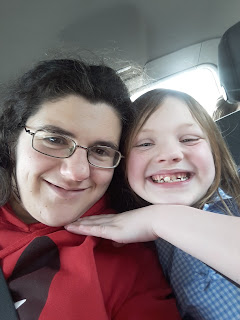 DD1 has lost another tooth! That's
4 now, and with a few teeth already wobbling the tooth fairy is going to be a regular visitor over the next few weeks. 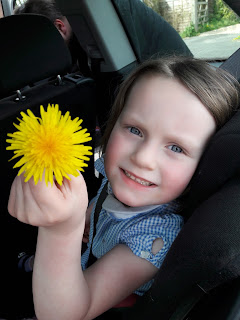 DD2 has survived the great poop flood and is now on a much less stressful maintenance dose while we wait for her ultrasound. Her  blood test results have revealed she is very anemic which is now  being treated for as well. It's still early days but a lot of nasty things have already been ruled out which of course is great news. 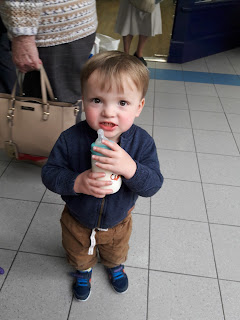 Gman has had a very grown up haircut. I swear he's aged 3 years in 30 minutes! He has also taken the role of bodyguard to Baby W and defends her bravely against anyone who gets to close. Usually by shoving them out the way with a good telling off. 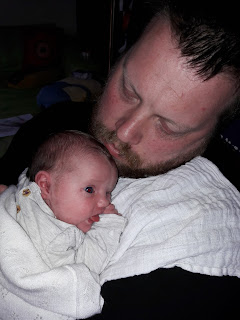 Baby W is much admired by everyone and has settled into the family really well. With a little touch of teamwork Daddy and me are surviving the night feed, though W almost goes 4 hours between feeds so we aren't doing to badly.