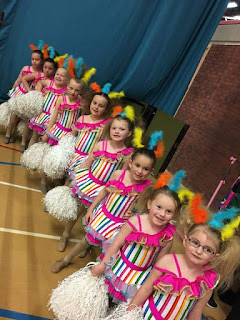 Yesterday we all attended our first ever twirling competition.
Both girls took part in a group pom routine which came 3rd in their age group! DD1 also did a small military strut solo but sadly didn't place.
Just the fact they both took part was making me and Hubby beam. 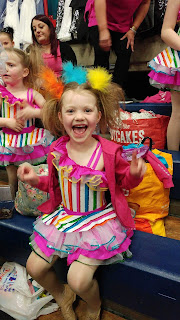 DD1 was extremely anxious about this comp. We were so proud to see her strutting her stuff, she shook like a leaf afterwards but was so pleased with herself.
She's already announced that next comp she will do 2 solos and a group dance! 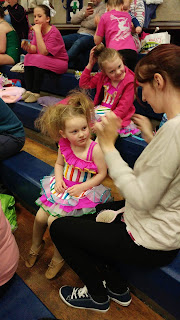 DD2 was a trooper. It was an extremely long day involving several costume changes and constant hair touch ups. Neither are things DD2 particularly likes but she did everything asked of her.
She wants to do a solo like her big sister at the next comp.

The whole thing has been very tiring, exciting, wonderful and annoying. A complete whirlwind of things.
Bring on the next one!

Posted by Fishcake_random at 02:44